Took an early evening Amtrak to Tacoma last week. It was a nice, comfortable ride on the Coast Starlight, one of their nicer trains - roomy, clean, quiet.

Grabbed a taxi to Hotel Morano, checked in, and then met our fellow beer hunters at The Matador for dinner. From there, we went to Elks Temple (McMenamins’ newest location) which features six bars plus live music in the ballroom. We stayed there until - was it midnight? It was late. We were tired. That was all she wrote that night. 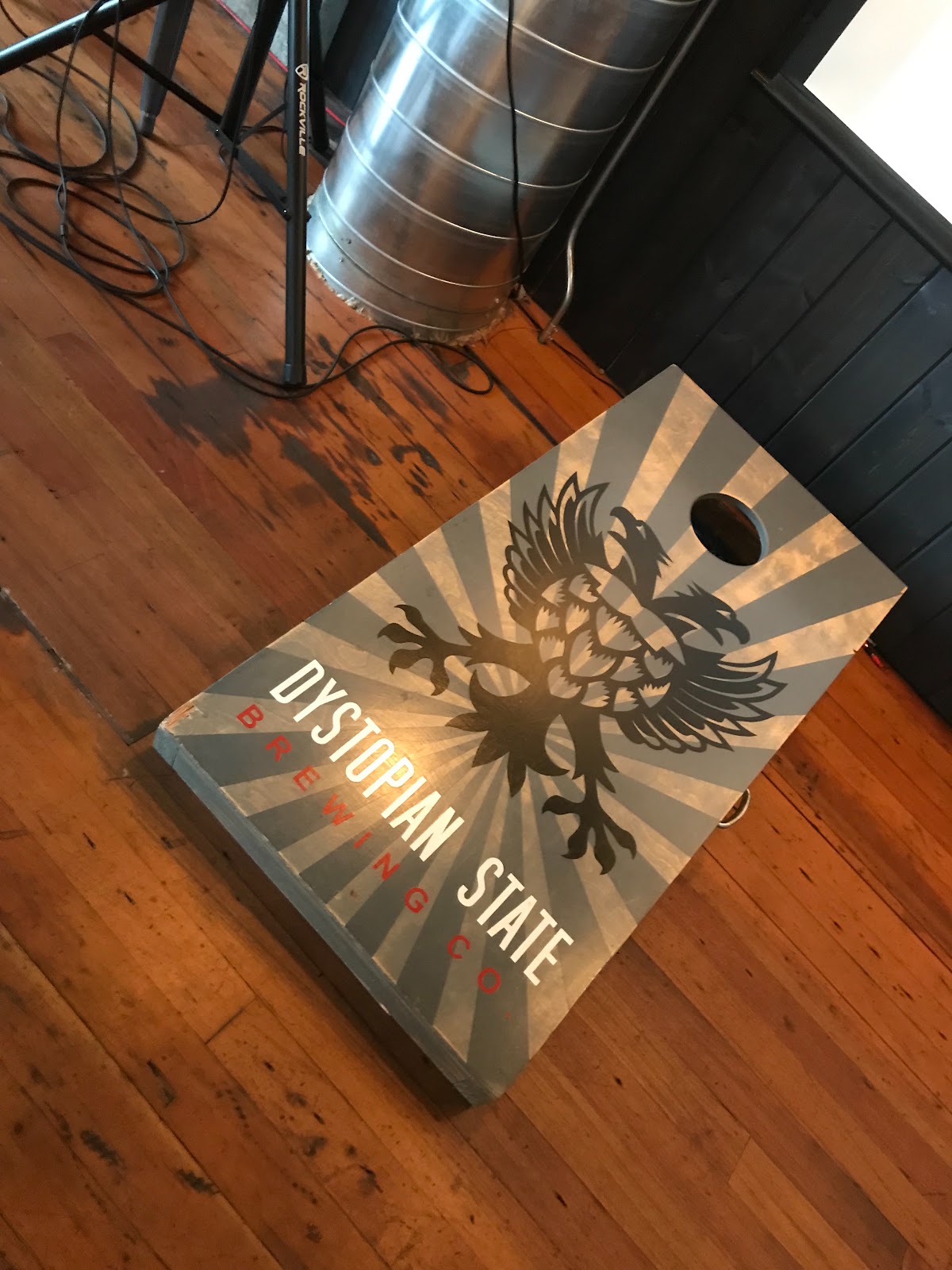 Lazed about the hotel until nearly noon when we finally ventured to meet up with our fellow beer hunters at Tacoma's beer and musical festival: Brew Five Three. It was a well attended event with plenty to sample. Although the feature was beer, the longest lines could be found at the booth for Pear Up Cider. Our merry band of beer hunters, meanwhile, split our votes between E9 Brewing Company and Rainy Daze Brewing for best brews.

Afterwards, we sampled the offerings at Dystopian State Brewing while playing a few rounds of cornhole From there we took the free Link Light Rail to Harmon Brewing for something to eat. We were starving and gorged ourselves. It was only 7:30 but we were all tired so we called it a night.

This old lady was asleep before 9pm.

Today was beer hunting day. We met our fellow beer hunters at the marina where they were staying on their boat. (It's a good life.) They were supposed to sail to Bremerton today but decided to stay another night when they found out the weather was rainy there. Together, we all piled into an Uber and started our afternoon at E9 Brewing Company. The ladies enjoyed the Petite Belle Grisette -  light and refreshing. The men enjoyed The Bearer Porter and the Tacoma Week Pale Ale, the latter brewed specifically for yesterday's beer fest and Tacoma Beer Week. We were all delighted with our choices, as well as the patio where there were some good tunes playing and outdoor games (including a 5-3-1 version of cornhole). 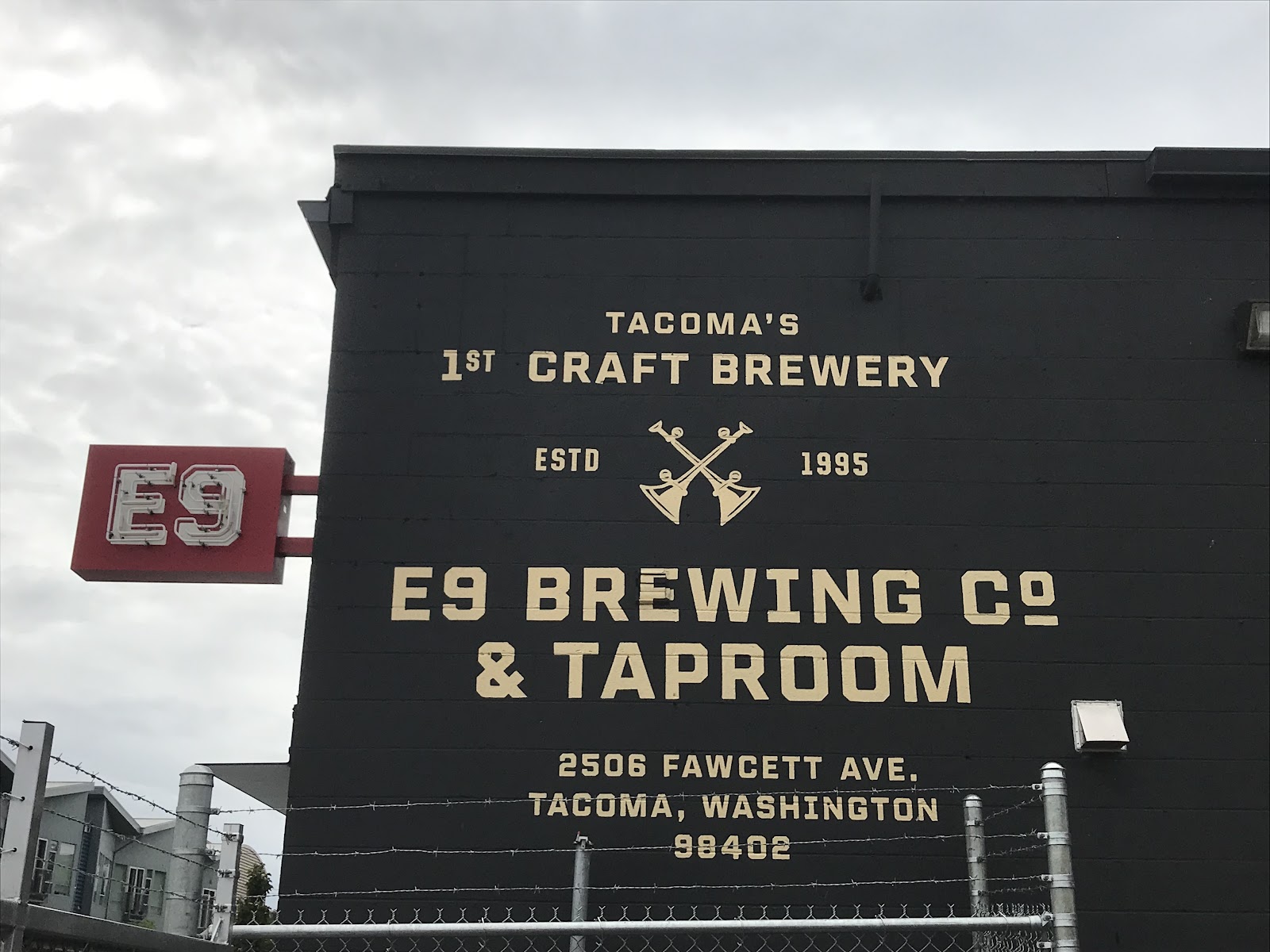 From there, we walked to Black Fleet Brewing. Hubby had the Freebooter's Dunkel Weissbier while I had the Marris Otter S.M.a.S.H. I also tried the Der Haifisch Gose which I found to be outstanding. We snacked on nachos and fried cauliflower for sustenance.

Our next stop was 7 Seas Brewing. Hubby had the Pilsner and I had the Manifesto Collaboration Coffee Porter, dark and dry. There, we played on the longest shuffleboard table I’d ever seen! 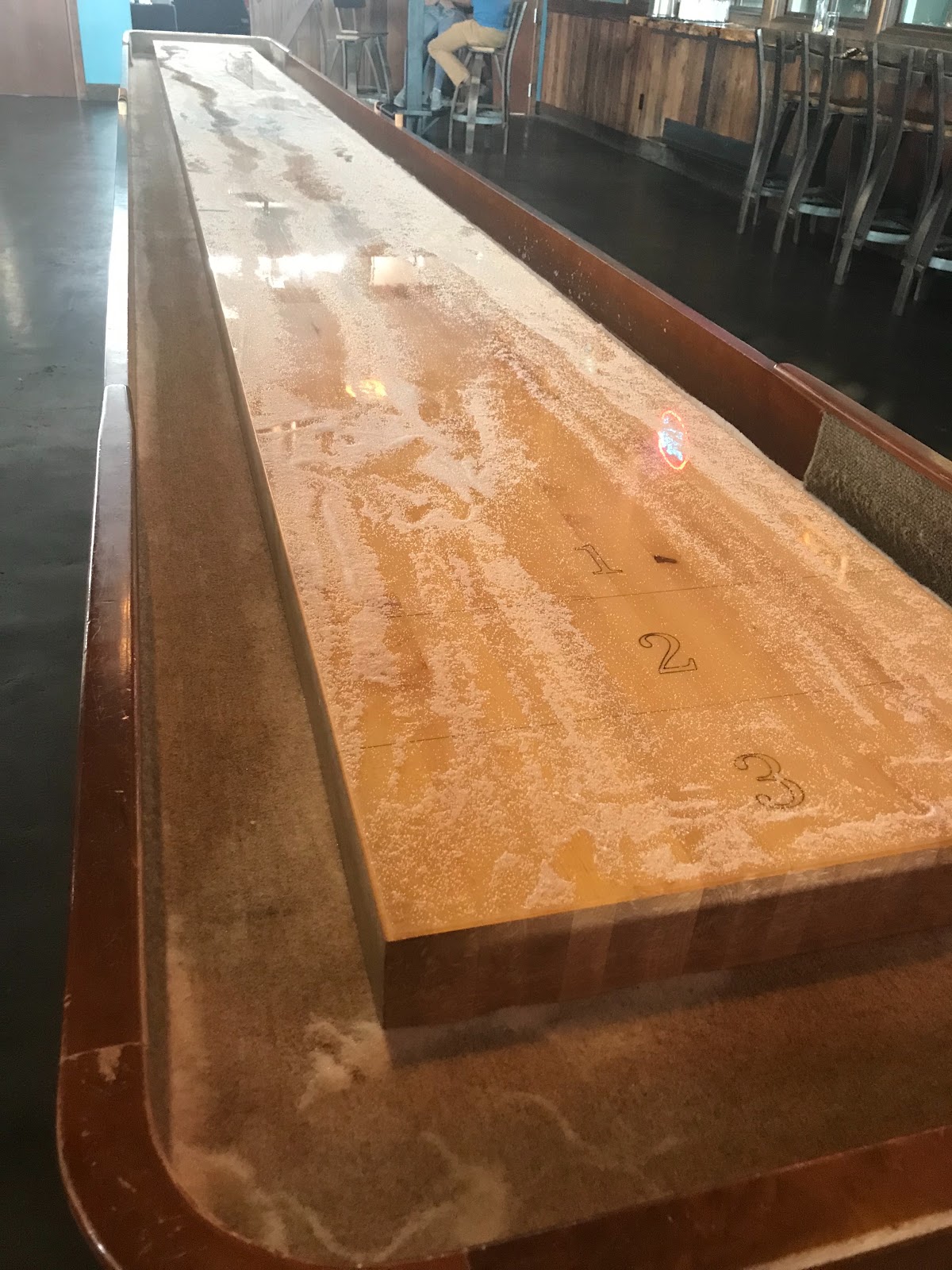 Our last stop of the day was Dunagan Brewing. We were greeted by a woman in a hotdog costume and while she had worn it to meet someone for a joke, she never thought to take it off when the person she was going to meet didn’t show. She certainly contributed to a festive and friendly atmosphere. We all had the Oyster Stout and played a few rounds of Uno. Hotdog Woman helped us with recommendations for dinner before we left. (On foot, we ended up at The Fish Peddler on the Waterway for dinner.)

Our favorite experience for the day was E9 (the beers were good and the atmosphere was fun) while Dunagan took the prize for best surprise of the day (Hotdog Woman notwithstanding). Dunagan Brewing is in a small, unassuming location on Commerce Street right on the Light Link Rail line. It’s easy to get to but from the outside, it just looks like a dark pub near a train stop. But, inside, they delivered beer done well. Well done! 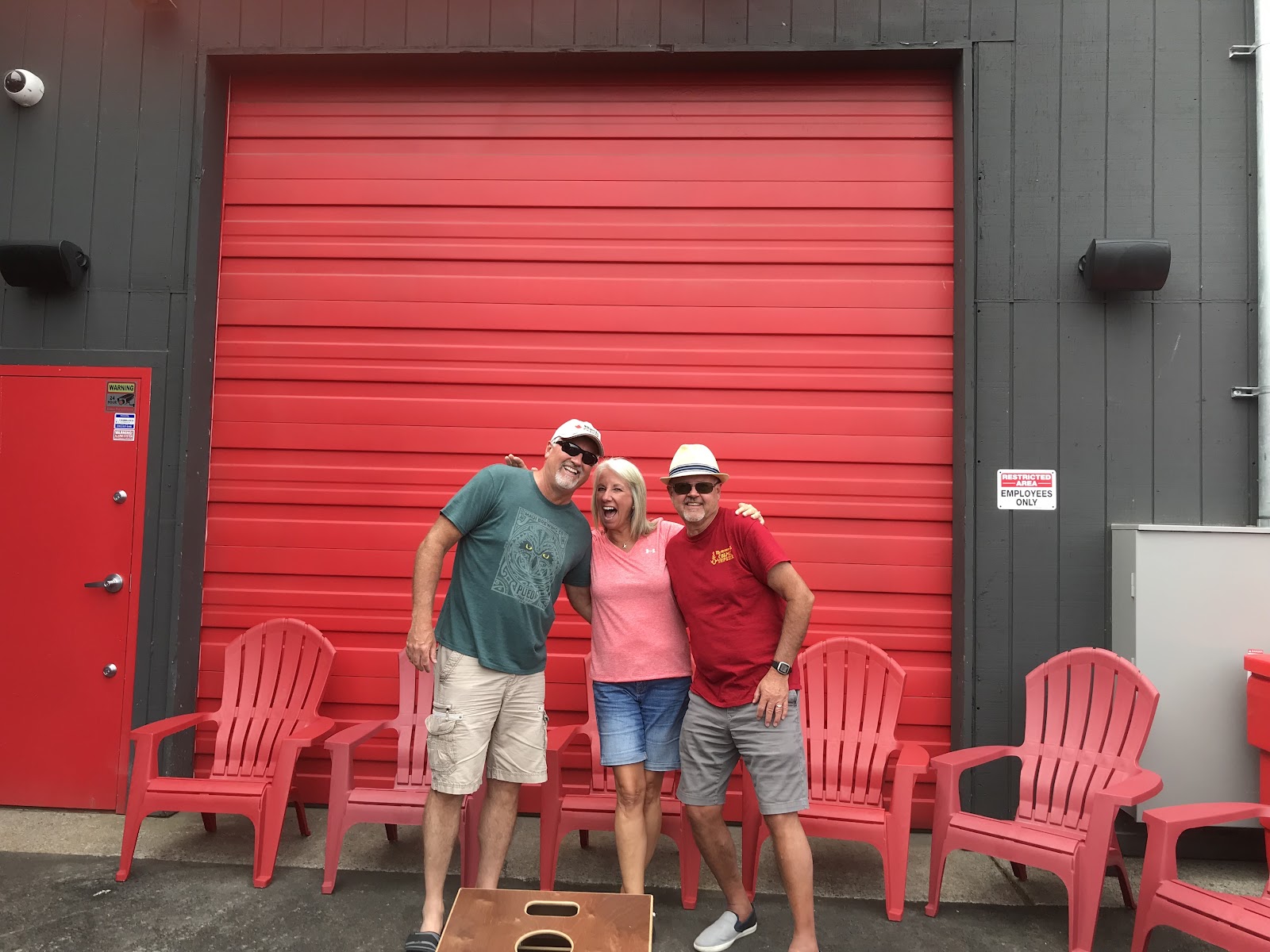 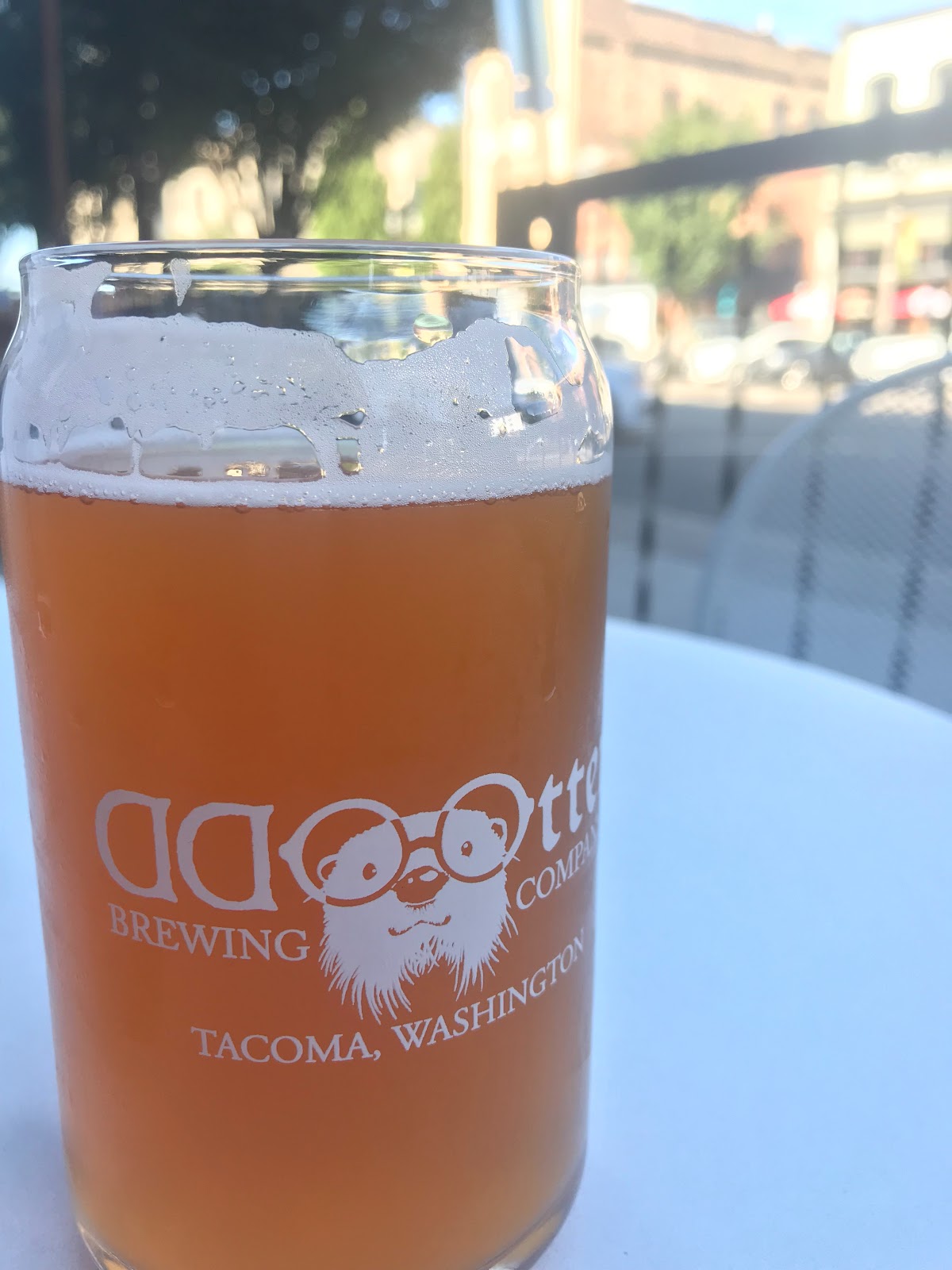 We made it to the dock just as our fellow beer hunters were sailing away. We got some pictures of their boat on what appeared to be a perfect day for a boat cruise.

Hubby and I had all day to ourselves and started it out at America’s Car Museum. It hosts an amazing collection and an enthusiast could easily spend an entire day there.

By the time we were done there, we were tired and hungry. We caught the Light Link Rail at the Tacoma Dome and rode to the other end of the line, hoofing a few more blocks to McMenamins. There, we had lunch and then hunted the property for passport stamps. It’s a huge property - bigger than you would believe from the outside - and beautifully renovated.

Aiming to get more WABL passport stamps, we next went to Pacific Brewing and Malting where we shared a Summer Wheatley - subtle and refreshing. Odd Otter was next where I sipped a Ottermelon Hefeweizen on their streetside patio. There, we spotted an emergency delivery of this: 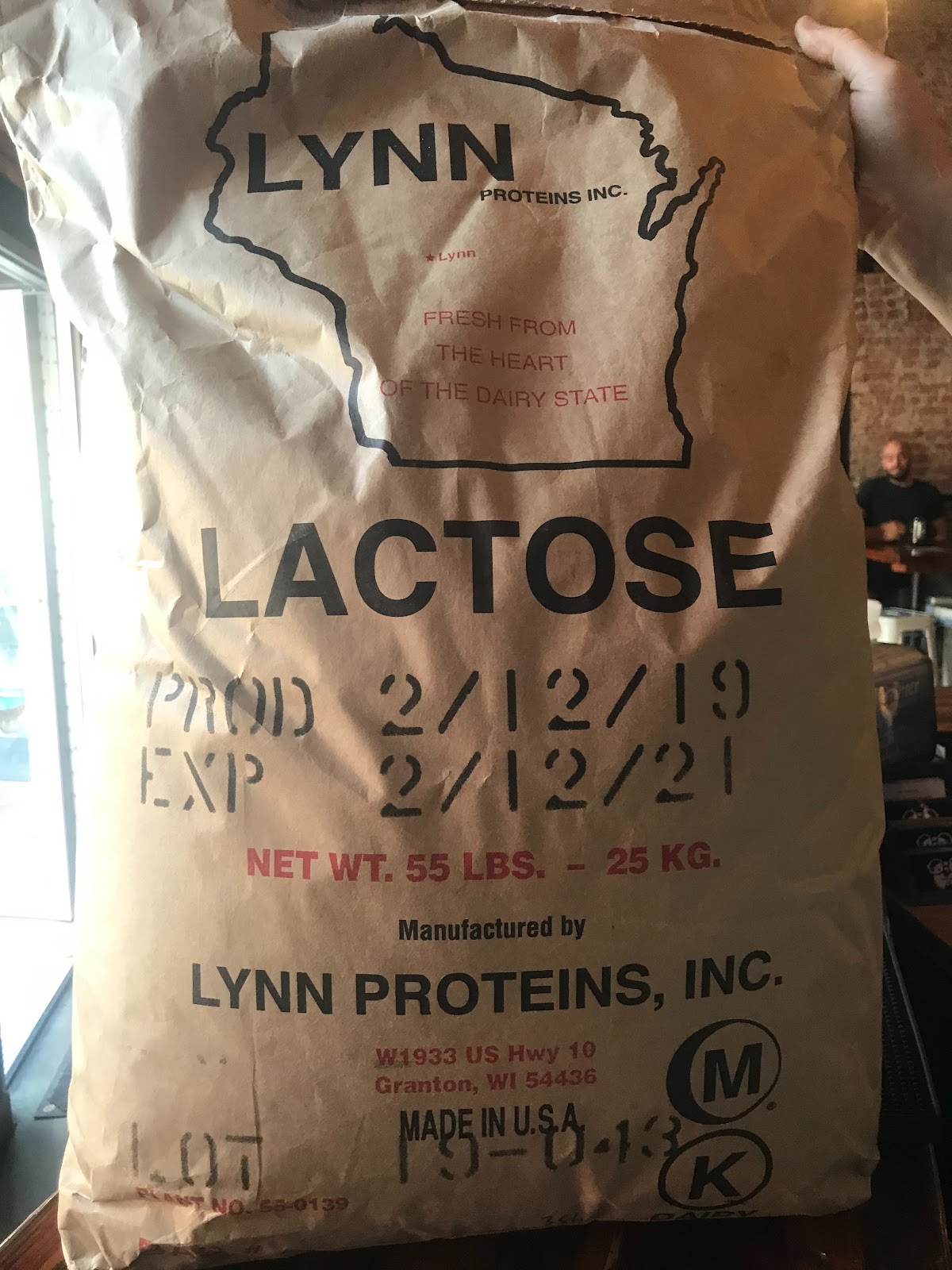 Lactose is an unfermentable sugar that lends sweetness and body to beer. (Read more about lactose in beer here.) I don't know what the brewer plans to make with this but I can guarantee it will be odd in the best possible way. (My name is Lynn and I approve this lactose.)

From there, we caught the Light Link Rail back to our hotel to retrieve our luggage and continued back to the Tacoma Dome where we grabbed a late afternoon snack at Sluggo Brewing Tap & Kitchen. While they have brewed small batches of beer in the past (currently seeking new space for production), Sluggo now features a Mediterranean food menu and an ample selection of guest taps. Our Lamb Kabob was delicious. Sluggo an easy stop if you’re on your way to the Car Museum, Tacoma Dome, or transit center.

Before boarding our Amtrak back home, we had just enough time for a quick taste at Wingman Brewers. Parking can be hard to find for this brewery but we were on foot. If you’re driving, it’s worth finding a parking spot. Wingman makes unique and well made beers in their small space across the street from the Greyhound Bus Station.

We took a relaxing and enjoyable evening train home, satisfied with our trek of beer hunting with the best of friends. It was time to go home, get rested, and get some work done. But not for long. . . . By Friday, we were beer hunting again.

Lynn C Dot
Beer hunter, furthering my knowledge of beer, searching out new experiences, and sharing adventures with others.